Approx. after one month of our discussion over Nun,Chili chicken and drinks, one day Arpan invited me in the dinner and planned a small party for the night, our party means discussion over drinks, drinks is mandatory if they want me to be with them for long time and to share my views, otherwise I am an introvert and hardly open my mouth even listening if someone shares any bogus thought.

So, that day the arrangement took place for certain reason, something happened in Rahul’s life which actually…ok, let it go, let the privacy remain.

After wishing a nice sleep to uncle and Aunt(parents of Arpan) we visited the “garden house”, actually it is called out house but the name “garden house” I have given, its situated in the north side of the main building and contains two bed rooms with attached baths and small dining place. Sitting on the dining, upon the clean and clear floor our discussion started.

…you know, the memories are volatile, with time we forget so many things that happened earlier, new memories make it own place in the mind and with the flow of life the memories almost vanishes and this is much necessary otherwise survival will be tough.

I am well acquainted with his nature, when he is not sure about something then looks for the answer from me, I don’t know why but there are some reasons I can guess, that’s a different topic.
After sharing his views he looked at me, the question mark and the curiosity both I could read in his eyes, I can understand his search for the answers for the question those arise in his mind time to time, having fallen in love repeatedly with different girls, having the habit of flirting, now with the time when he have to take the life more seriously, he finds it tough to find out the right philosophy of life, especially when Rahul is his closest friend, who is in love with a single girl for last so many years.

Holding the glass (did not take any sip) I answered

…yes, you are right.

He was disappointed with the answer; his eyes were explaining it all, he was thinking something deeply and started again

…But, there is one more question, as you said our mind have three different layers…conscious, sub-conscious and unconscious, so in this view point how the memories can vanish totally? They will remain forever in our mind and will come out with proper situation and incident.

I could read the restlessness in his face; maybe he was thinking why I am not sharing my own views.

After completing the first peg I opened my mouth

…that day, whatever I have said were the truths of our psychology, you were finding the answer about “practicality” and “impracticality” , these are very much necessary in our life and should have clear conception about those because we have to survive in this so called “Real” life but what I have already mentioned you that “Reality” is not what we see, we feel, we can touch etc. So the question naturally comes where the problem is? The problem is…my glass is empty…

He was surprised with such a line at the end, his concentration broke totally..

Indicating towards my glass I replied

…its empty, fill it if you really want something should come out from my inner self.

when I found the peg is ready I started again

…”Truth” that actually matters, the problem lays in so called “Real life” where we are too much focused in “Practicality” and “Impracticality” and totally ignore the truth, “Truth” never vanishes neither its volatile, it has existed, is existing and will exist forever, you can change your life but you cant change the “truths” of your life, I am much interested and focused about the “Truth” than the “Reality”, let me share something with you…

…few days ago, I have watched a movie, where two of lead characters are meeting with each other after almost two decades, in those last two decades they have always avoided visiting any such place where they could face each other, these two characters were madly in love with each other for several years, during conversation the male one replied… ”that's the matter, sometime some stories do not give fruitful result, do not meet desired ending  but it does not mean neither the Charcters(the role we played) were the false ones nor the time spent together.”

Is not it revealing the truth of our lives...suppose, there was a time when you were in love with someone else whole heartily or  there was someone(Relative, Friends etc) with whom you had very strong bonding, a good vibration and mental attachment and later for some reasons you start to avoid each other, the separation or break up took place, so the role you played that time as a lover, as a friend, a niece etc...was it a false one? the time you spent together...were false..a lie ? no not at all, that time whatever the role you played was as much as true as the rising of sun in the east direction(from earth) , so where are the feelings now? where the mental attachment has gone? ...the role you played, if it was a true one, if you were truthful to the relation and to the human being then the question is...how the truth has died,how the truth can die?truth never dies,so all those feelings, all those attachments and emotions where are they now? 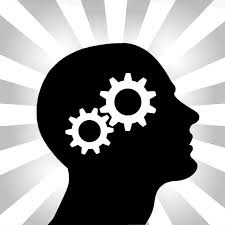 sometime we hide the truth from ourselves also, sometime we dont share the truth with ourselves, we feel a mental agony, an irritation and we are unable to point it out why all these agony, irritation and bitter mind? hiding the truth from ourselves we force it to vanish from our conscious and sub-conscious mind and send it to our unconscious mind, sometime in some situation it comes out automatically but again either we suppress it or ignore it, sometime the situation don’t allow to reveal the truth, sometime the society don’t allow, sometime the flow of life becomes the obstacle, there are lots of factors play vital role and force us to ignore the truth, sometime our poor realization level is responsible.

The peg already I finished, satisfaction was there in the face of Arpan, I needed to visit the bathroom and when I returned I found he had already made another peg ready in both of our glasses.

That means, Rahul and Tina have to live with the truth, the characters they played once in each other’s life?...he asked

Yes, that’s the truth, you know how much strong their mental bonding was and now living with the truth that they are not with each other will be tough for both of them but yet time will help them to heal the wounds…I answered while lying in the floor.