It was around 6 of the evening, Arpan received the call from Rahul
…reach Suparana’s house around 7pm, its urgent.

Arpan was about to ask the reason but Rahul disconnected the call, “what can be the issue” the thought knocked into his mind but he did not give it much importance, when Rahul is there surely something good will take place.

When he reached Suparana’s house Rahul was already present there, Suparana asked him to take a sit, Mr. Ghosh was absent,

Rahul replied with a smile.

In the mean time Aniket appeared there and after few minutes Mr Ghosh, taking too much time unnecessarily at the end he announced that he want to accept Aniket as his son-in-law.
What can be the consequences!!! Obviously a small party has been arranged on the spot and they enjoyed a good time.
While returning back Rahul expressed to take some drink,

Buying the drink they visited the neem tree in the west end of their town, a place with no human being around also not a single house is there, while Rahul was busy to take the drink Arpan expressed his feelings on the entire incident that took place few hours ago

…so finally, you have won, you wanted to teach Mr.Ghosh a lesson and to fix the marriage of Aniket and Suparna…

…I am not fully happy with it, you know

…let me share two real life incidents with you.

Rahul took a pause, taken some drink and started

…yup, your neighborhood sister from the old colony.

…when we shifted to our new house leaving the old colony, Trisha used to visit us, a good family bonding was there between the two families, after three years of our shifting, it happened that Trisha did not visit our house for long three months, neither she made any contact over phone and suddenly in a Sunday morning she appeared,  when I asked her the reason for sudden disappearance she shared what did she face on those three months…Her friend Mitali was in love with a boy named Tittu, Mitali belongs to a middle class family where Tittu belongs from a very poor family, leaving his study he is doing some works to support his family as much as possible, after few months of their love life Mitali started to force Tittu to marry her but Tittu refused saying he can’t take so much responsilbility right now but he promised that he will surely marry her if she gives him some time, they both were eighteen years old then, Mitali  did not raise the issue for few months but again she started to force him to get married, being disturbed and puzzled Tittu asked for the help of Trisha and other closed friends of Mitali, neither Trisha nor her other friends found it logical to get married soon and they tried to make her understand not to torture Tittu emotionally, he is a good boy and have no intention to play with her emotions. Again Mitali remained silent of the topic and finally giving too much pressure she got married with Tittu, Tittu repeatedly tried to make her understand that getting married without informing the parents is not the right job but from the beginning Mitali had no intentions to inform neither her parents nor his. After getting married In a temple Mitali appeared in front of her parents with Tittu, she was in a bridal dress.

Describing this Rahul took a pause, taking some drink he started again

…Later Mitali’s parent started to give threatening to Tittu so that he don’t try to keep any contact with Mitali, when Tittu and Mitali appeared in front of them Mitali’s parents requested Tittu to go back home and Mitali was there with them, her parents did not make any chaos in that moment, later over phone they started to give threat to Tittu, in the beginning he tried to make them understand that he really loves Mitali a lot but they totally ignored them, then he visited Trisha and other friends of Mitali asked for their help to convince Mitali’s parent, at the end Mitali’s parents threatened him so much that he had no way left other than stop talking about Mitali and to forget her. If wished Tittu could be arrogant and could make chaos but he was not that type of boy.

So all these Trisha experienced in those three months and unintentionally involved in it?...Arpan asked.

Rahul nodded his head and agreed.

Why are you mentioning this…asked Arpan being curious?

I have not finished yet, let me share another real life incident in short, its about Piyasi, she was a playgirl in his entire school and college life, later he got married and it was obviously an arranged one, Subham was the boy with whom she fell in love, I mean pretended to be in love for the last time, after few months of her marriage Subham came to know about her marriage and somehow managed to get her new phone number, called her several times just to ask why did she ditch him? He had no intention to torture her or to create chaos in her married life. Piyasi got afraid with lots of negative thoughts,you can guess coz she knew it full well that she has not done right with Subham and she knew what actually she had done in the past life,  so being afraid she started to inform her Mom about the incident and shared his fear and feeling of insecurity, later her Mom played a very nice trick, proved Subham as a culprit and closed the chapter.

So, what the moral of these stories? There must be a reason when you are sharing all these, I can’t guess, kindly
explain?...Arpan requested Rahul 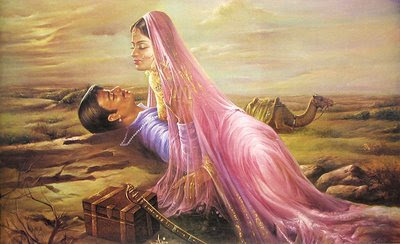 …the world does not run with simplicity, if you think you will remain simple and honest then people will not allow you, you will be screwed my friend, “love” is a bullshit concept, those who have believed in it has got screwed with time, whether Its Layla Majnu Or Heer Ranjha, be tricky in your life and be happy, you will be marked as a successful one if you have few mundane things, impractical are those who believes in honesty, purity, dedication and sacrifice, specially the last one is totally destructive concept, you “have to have” something to be accepted as a practical one, whether in your job field or in the relationships if you think you will be ethical and moral then you are the  foolish one because rest are not there to count your ethics or moral values, no one is gonna read your mind, “Office politics” is so common to hear, and real life “politics” are called practicality, I have never found Tittu or Subham as the wrong ones but according to the so called society they are wrong coz they posses simple heart and mind, they are not “Tricky”, oh by the way, I forgot to mention Mitali has got married with someone else, it was arranged by her parents.

So this is the reason you played trick with Mr.Ghsosh…asked Arpan.

Yes, Tittu Knuckled under to the tricky mind so also Subham, Aniket, being a gentle boy was about to knuckle under the ego of Mr.Ghosh, every time why the good ones will suffer? The tricky ones must have to Knuckle under, either now or later…replied Rahul.

P.S. The incidents of Tittu and Subham are real incidents, for privacy concern names have been changed