After successfully completing the hectic schedule for last two months Sourav planned to visit his home town, he was really missing Arpan and Rahul a lot, they both are busy but as they are still residing in the same place frequently they make time to spend together. This trio has friendship from their half pant days, have faced many ups and down of life together and now they are sailing in a boat much stable one.

Sourav’s parents are in a tour so naturally they decided to arrange the get together in his house, rather for next three days Arpan and Rahul will stay there. It was the Saturday afternoon when Sourav landed in his hometown; he has brought some expensive drinks from his last tour to Australia.

It was around 8 PM, the sitting arrangement has been made in the terrace taking special care so that neighbors can’t see them, because of the whisky, As usual Rahul had the responsibility to prepare foods, rather this is one of the charms of their get together that Rahul tries different dishes, veg and non-vg both and shares with them, Rahul loves to make experiments with different preparations.

The bottle was already opened, Rahul went downstairs taking the glass with a very small peg to make the food ready, Sourav and Arpan were talking with each other, Sourav was sharing his last two months experience, though nothing much left to share coz in this era of whtasapp and facebook he has shared almost all the important incidents and fun times with them.

Rahul shouted out from the downstairs

…where is the garlic?

Sourav called him over phone and replied

…how can I know? Check the cupboards

After a while Arpan had to visit the nearby market to bring the garlic and capsicum, it was his fault that he forgot it to bring, so he had to pay for it.

You know, you have wasted the peg I had taken…Arpan said to Rahul after returning back.

Visiting the terrace Arpan noticed Sourav lost in some thoughts

Hey, what’s up? What are you thinking so deeply? Asked Arpan being curious

Sourav replied with a frustrated voice

…You know Tina has not done right with Rahul

Arpan was busy to make his drink ready, after lifting the glass he replied

…why are you raising that topic? You know there is no profit of discussing it.

Sourav was not convinced with Arpan’s words, he continued
…Actually whenever I see Rahul,I can understand his pain he is hiding for so many years

Arpan interrupted …no if, no but, just forget it, you know Rahul does not like to discuss this topic.

But has Rahul became able to forget it? …Asked Sourav

Arpan was about it say something but Sourav interrupted

…I will never forgive Tina, she is a cheater, she has ditched Rahul and this is the truth.

He just finished the sentence Rahul appeared in the door, Arpan and Sourav were waiting to be scolded by Rahul but to their utter surprise Rahul sat calmly in front of them, made a drink, taking a piece of snacks started chewing and taking a sip informed them

…the chicken is in marination, let it be there for one hour,  it will take hardly fifteen minutes to prepare the dish.

Arpan and Sourav became much relaxed with the thought that Rahul had not heard their conversation.

After talking on different issues and incidents of life, Rahul asked

…you know, few days ago I had to visit the north side of our town, there I saw our primary school after a long time, it has gone through a renovation. Those days were really amazing.
They both agreed with Rahul and gradually shared their feeling and experiences. Sourav was describing how much a worst student he was, never ever been able to be in top twenty students in the class, has bunked classes so many times… 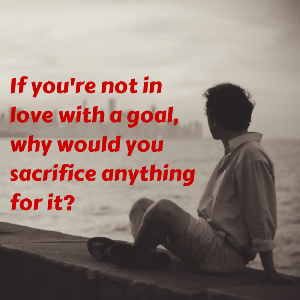 …so, you were cheating on your parents?

…cheating? Yah, to some extent, but the truth is I really did not have much interest in study.

Means, you were not doing it intentionally…said Rahul

Being a bad student you have been able to be a successful person in life, right…Asked Rahul

Arapan and Sourav were waiting for the cat to be out from the box by Rahul, his questioning and his expression made them sure that there is something Rahul want to say.

Completing the peg and making a fresh very small one as usual, Rahul started

…you know, in the initial days of break up I used to be angry on Tina, I used to be irritated while remembering her, it continued for few months, then I realized that nothing positive gonna happen, so made up my mind and tried my level best to forget everything.

Rahul take a pause to take the drink, Arpan and Sourav realized that their discussion entered in Rahul ears, they were waiting to face the blow.

Yes, she has been able to forget me, yes, it’s true that she has forgot all those times, the emotions and the feelings we shared with each and together, then what’s wrong in it…asked Rahul

They both remained silent

I did not get you…replied Arpan.

Look, different people have different nature and philosophy, like Sourav was not as much as good student as I was but it’s also true that I am not a good sports person like him and I am not a good singer like you Arpan, so, the truth is we followed our lives according to our desires , philosophy and capability, now if someone asks Sourav why you are not a good singer like Arpan…is the question will be logical one or if someone asks you why you are not a good badminton player like Sourav, is it logical? ...asked Rahul

Rahul continued…we love chicken, now if we ask why the vegetarians dont like chicken?, it’s not a logical question, the truth is people perform according to their capability and philosophy of life, “dedication” “sacrifice” for love all these were not in the dictionary of Tina’s life and there is nothing wrong in it, she had different philosophy, she has performed according to that, we all are different from each other, the mother nature and the universe have made us so, we perform according to that, why an elastic is not strong like an iron rod, there is something called 'Inherent property"…this is simple.

So what about you?...asked Arpan

I have always believed in love, dedication and sacrifice matters a lot for me, I have been made so by the Universe, like Arpan I don’t change my beloved after every six months, I don’t wannna say that I am something great and Arpan is not, just mentioned him to make you understand that people with different nature exist and it’s the truth, we can never ignore it, you know , people like me are tagged as “impractical ones” where the people like Tina and Arpan are marked as “Practical ones”, it’s my fault that I can’t change my philosophy with time, I can’t replace Tina with any other one, its taking so long time to forget her…it’s my fault.

The trio remained silent for a while, only the sounds of chewing the snacks were audible. After a while Sourav asked

…so what actually happening in our lives?

It’s the game of time and nature…Rahul replied

Game of time!!!!...they both asked being surprised

Yes, it’s the game of time, time has helped Tina to forget me, nature has made her different than me, that same nature has made me in a different way and the time reflecting my nature with “Time”, Tina is not the cheater rather the “Time” is, I don’t blame her, I am not angry on her.

Arpan and Sourav were listening with concentration, they were finding it tough to relate, Rahul realized it and so taking the glass he lifted himself from there and while crossing the door to go downstairs said to them

…think about it, with “Time” you should realize your life deeply otherwise your entire life will pass by blaming and understanding human beings and their activities.