Last Sunday, suddenly I woke up from my short nap, looked at the clock, it was already 6 pm, I leaved my bed and started dressing up as soon as possible. I had to hurry. When I became ready it started heavy rain suddenly. Without a second thought I came downstairs and opened the gate to go outside. My family members suggested waiting till the rain stops, but I had no other choice, I had to hurry. I took my cycle and came out from the home without taking rain coat or umbrella. As the rain was heavy I was facing trouble to do cycling but no force in this world could stop me at that time. I became totally drenched in just two minutes but I did not stop for a second, I was moving as fast as possible. The inner force, the burning desire helped me to move on. All the forces in this world are very weak compared to this force that was coming inside from me that day. The road was almost empty as almost everyone took shelters in different places. People were observing me with high curiosity; maybe they were thinking that what’s so important that made me to move in this heavy rain? It took three minutes to reach there….

It took three more minutes to come back and after coming back to home, without changing the wet dresses first I took my Tiffin and a cup of hot tea and then I changed my dress and sat relaxed.

That day I got too much hungry to describe in words and I had to buy some foods because I knew it will take time to prepare any food in home and especially that day I was feeling to eat Samosa, so it was better to buy ready made foods from the fast food center.
Posted by Jyotirmoy Sarkar at 9/30/2016 06:09:00 am No comments:

I was in a bus stoppage, waiting for the bus, there was a girl who stood right side of me, she was also waiting for bus, as the bus was about to come from the right side so I was looking for it, suddenly I noticed a girl, she was coming from the right side towards the bus stoppage, at first she did not caught my attention(its natural) then I observed that she was gazing the girl who stood just beside me, the second girl who was coming towards the bus stoppage did not stop gazing the first girl continuously until she came close to us, first I thought that maybe she has found her old friend and was trying to be sure before talking, but standing beside us she did not tried to talk to that girl, I thought maybe she thought that the girl is an old friend of her or classmate but now she realizes her mistake but at that time the second girl did something and I became confused whether I should laugh or be angry….

After standing beside us the second girl touched her hair with left hand, she kept her hair open and I must say it was lengthy, the second girl was touching her hairs and was looking at the hair of the first girl, she was trying to compare that whose one is longer?

So what my logic said is…

The second girl has the habit to compare herself with others.

She possesses a jealous type mentality.

From where these logics came?

First of all, the second girl continued to compare the lengths of their hair for one minute, she was repeatedly touching her hair and repeatedly looking at the first girl. When she realized that her hair is not as long as the first girl I observed an irritation and anger in her face.

Second thing is, the first girl also watched the second girl, her hairs were also open but she did not do any type of such ridiculous activity.

Third one is, I am in the field of exercise for past several years, whenever I see anyone who has good physique better than me then I never touch my biceps or my chest to make comparison that whose one is better, rather I become very happy seeing the people with six packs or eight packs or stout figure.

Fight to win, not to defeat anyone
What I have believed from the day of my consciousness that people should fight to be a winner, not to defeat someone. Defeating someone does not mean at all that you are the winner.

It’s a common nature of lots of parents that they compare their children with other boys, especially they compare their children with the first boy/girl of the class of their children, it’s so ridiculous I found…a boy or a girl who stood first in the class is undoubtedly the best in the class of that school…and we should focus in the words “in that school”…so when you are suggesting your child to be like him it does not necessarily mean that if your child defeats the first boy of his class then your child will be the best, giving such example actually you are shortening the view of your child towards life.

A first boy is best boy of that class of that school and if he is compared with other first boys of other school then maybe he will not be able to hold the tag “best”. I have seen it…there was a student who used to be the first boy of his school and after taking admission to another school he did become able to hold even the third position.

We should guide the children and the students to find their qualities, to be focused on them and to try to enhance those qualities…if it’s done then he/she will surely attain the height of achievements.

I tried to make this understand to some of my students, but who cares? Everybody wants to be either engineer or doctor or scientist….it does not matter whether they have qualities or not. now a days i have stopped giving such suggestion expect few ones.

Actually there is nothing particular that will make you “best”, because everything in this world is measured with respect to something and there are no limit of achievements, the more you achieve the more are still to be achieved.

So know your goal, your likes and dislikes, your qualities and limitations and focus on your target, don’t look at others…..specially now, because the population of the world is almost 7 billion ha ha ha ha ha ha.

After eight months of their break-up Chetan filed a case against Smriti, charging her with the allegations that she is a thief.

It was unimaginable for the friends of them that Chetan and Smriti can ever met a break-up.

With the help of a famous lawyer Chetan made the case very strong with all the necessary proofs.

When Smriti got the notice from the court, she immediately got ready ran to Chetan and hugged him and kissed all over his face.

The bar association is still exchanging arguments with each other to get a solution whether a person can be accused for stealing sleep, especially after break-up.
Posted by Jyotirmoy Sarkar at 9/27/2016 07:22:00 am No comments: 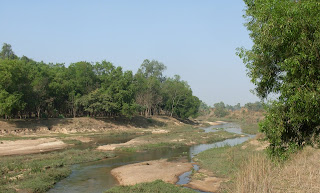 Yesterday while returning home from Kolkata I made this in the train. While traveling by train I have always loved to observe the beauty of the nature.