The Unfamiliar Thread By Mansi Mittal

After a decade of affinity, he said

“we don’t get along”

I couldn’t figure out what went wrong,

When everything was going so strong.

Drowning, devouring I tried to make sense of reality,

Recollecting the memories, I went to him instantaneously.

Fiddling with his cell phone,

He was standing at the entrance of the door.

Unmoved by my presence,

For him, I was now an unfamiliar thread.

I wanted to know what and when it went sour.

Aren’t few relations like that. They stay like they have always been part of life and suddenly one day disappear like they never existed in first place. They fall out it without any warning signs. 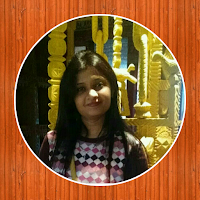 "Truth is stranger than fiction"

Like you all i have also heard this numerous numbers of times in my life but until you listen such a truth, until you experience it yourself, you will never realize how much shocking it is...


Few days a ago when Sourabh visited his house with a short leave from office he met me one day evening, generally we don't talk about Rahul coz there is nothing to discuss, some people never change...i mean some people never change their heart, but that was the day much different from other meetings, the last night experience made him stunned, he narrated to me

...you know Bro, last night after having the dinner keeping my head in Mom's lap i was sharing my experience in office, my Mom asked whether i liked any college or someone else in that new city and i replied no, that's is the time after a long time Mom asked about Tina, where is she now? asked about her present status,  i informed Mom i know nothing about her. It was really very surprising moment for me coz in last more than one decade never ever the topic of Tina has been raised in our house, we avoided it all the time but except that surprise there was a something shocking for me...


he took a pause, i was eagerly waiting to hear, after  a deep exhale he started

i was spellbound, it was really a big surprise for me, i remained silent, lots of thoughts were knocking in my mind, was trying to find out the answer, after a long pause i replied

Its been a long time we played chess, Sourabh and Rahul both are tto good in this game and let me confess...most of the times they have defeated me in this game. now a days after  having a job Sourabh has left my town so naturally no question is there to have a game with him, on the other hand he is too much busy in his office works so he cant manage time to play with other friends there.


so, that day we went for a game and in between one hour we played three times and every time my king met a pathetic ending.

Was it not a game of chess?...the question knocked into mind while i was trying to sleep, the experience that day evening snatched my sleep totally, how can aunt make prayers for the well being of Tina? why? why she is so much concerned about Tina, no, Tina was not wrong, neither she had the intention to ditch Rahul, i cant say that she loved Rahul as much as Rahul loves her coz she has found her happiness with someone else and Rahul is still unable to do it but yet, she loved Rahul a lot, her activities, her attachments, her feelings...all these were pure and true.

Tina's Life Partner...The most powerful one, The queen who is always there beside the King to protect him.

Tina's Father...Rook, which moves in horizontal and vertical direction, he had no tricky mind, a man with simple thoughts and acts.

Tina's cousin brother...The Bishop, he did not have the ability to view anything with a simple heart and mind neither he could act simple, always has curved views, critical thoughts in everything, just like the Bishop which always moves in diagonal direction.

Tina's Mom...The Knight, the most deadly player in chess, never makes simple steps,never moves in simple direction always  jumps to move, just like the knight Tina's Mom always has moved(Played tricks with Rahul) not in a constant way rather with a gap, sometime seven days, sometime one moth...jumping movements.


Tina's Friends...The pawns, who did not have any connection of purity and truth in life, have fallen in love more than one times, have played with the emotions of other boys so naturally the purity of love between Rahul and Tina has always tortured them, they could not accept that Tina will get such a person as life partner who loves Tina more than his own life. They always have made  little movements to create misunderstanding between Tina and Rahul and finally they became successful in their intention...Tina started to believe Rahul as a cheater, his all god images had been broken by the pawns in the right moment with tricky moves.


so, these were the players in that game and when Tina finally decided to be separate, to go away from the life of Rahul...that was the day the Checkmate took place...Rahul,The King of other side remained motionless...The game was over...Checkmate

But the question is...when you arrange the board of chess to start a game there needs two players in two sides, so who were the players in that game? who were playing from which side? the answer is simple...

Its the God who was playing the game from both the sides to defeat Rahul...yes, not a single prayer of Rahul has ever been granted by God.

The thought later came into my mind...which kept me awake, tortured me for the entire night...have snatched my sleep from that day and is making me mad...is the life of Rahul going to end soon? though the checkmate has taken place more that a decade ago but Rahul still have some expectations...the illogical ones, he does not want to admit the game is over...its only the time left to close the board...the day Rahul start to belive it, the day Rahul leaves all the expectations may be that will be the day when God will close the board...the game of Rahul will be over...yes, there can be more reasons to be alive...but at least i cant think the existence of Rahul without the love in his heart which is resting in his heart from decades...

Mind Of An Introvert

it was the month of December last year, i received an invitation card of a marriage...this was the second time it happened with me...invitation card with my name written on it.

what happened actually is...when i taken part in the drama organized by the cultural committee of my colony that is the time when for the first time interactions happened with the colony members though that time i completed five years of staying here. gradually  good relations automatically bruit up with lots of people.

so naturally one of the elder uncles invited me in the marriage ceremony of her daughter, the date was 13th December, we, the actors of that drama decided to buy the gifts contributing certain amount of money, the responsibility to buy the gifts has been given to me and to other elder brothers of the colony. as per our fixed date we tried to meet and visit the market but one of the bros stuck in some urgent work and at the end we went to market just before the day of marriage and that day same incident repeated so finally i visited the market with the other one.

we needed almost two hours to buy the gifts, though we decided what to buy but we found a big amount of money has saved, when its about buying the gifts girls can provide lots of ideas in just few seconds...so we visited some other shops and was trying to find out useful items, we returned home around 8:30 PM with the three items.


now it was the time to write down the names on the gifts and naturally the responsibility came into my shoulders and i happily accepted it, i write down the names in a text document, next day  afternoon visited the nearby cyber cafe, taken print out and then handed over the print out to the person who kept the gifts and informed around 8:30 PM i will meet others to visit the marriage.

from the time i have received the invitation my Mom and Sis trying to convince me so that i visit the marriage, they were showing lots of positive sides and giving lots of logic and also threatened that  i should change my habit, i should be more social otherwise people will not attend any ceremony those will take place in my house, even they will skip my marriage also...


my dear poor team members they were living with the notion that...jyotirmoy is so much involved related to this marriage, taking part in buying gifts, making the list, taking print out so he will attend the marriage with us....

that day i returned home after buying the household items, my family members asked why it took so much time and i informed...i met an old friend of mine and was talking with him.

everyone surprised and exclaimed with their curved eyes...so, we have to believe that you have friends also !!!!

i mean, one of my classmates...i replied with a smile.

have you ever spent time with any of your classmates !!!! i cant remember any party or birth day ceremony or any other function you attended ever related to your classmates....replied my Sis.

except remaining silent i had no other way left, yes i admit those classmates of mine who still have remembered me and when they find me in the market and road they talk with me...its their gentleness and goodness.

Sitting in the seat i was waiting for the bus to start, it was ten minutes more left, suddenly someone knocked from behind...hey jyotirmoy how are you.

i was looking at him with surprised eyes...he identified it and said the name of our college and also his department...
i imminently replied very joyously...oh, ho, sorry it took sometime, so whats up, what are doing now a days? any planning for marriage blah blah blah...

it was a three hours journey and in that three hours even still now i really cant remember who actually he was??????

it was the month of January this year, i convinced some of the elder brothers of my colony to make a plan for the picnic, even i tried to convince some others who were unable to manage time, made repeated requests also. one day evening we gathered near the temple of our colony, finalized everything, as the temple is not so far from our house they requested me to have a cup of coffee in my house, they all are aware about my addiction to tea/coffee, so i informed my family and when we reached my home, coffee was ready, they stayed for fifteen minutes and went away and at the end...


just before the day of picnic i smashed the entire plan...it seemed something totally captured my mind, i became biased, better to say hypnotized by some external forces...just before the day of picnic when i woke up in the morning the first thought came into mind....what are you doing jyotirmoy !!!! you will take part in picnic...think, think how much uneasy it will be to be there....have you gone mad?


the uneasiness that i felt that morning....i will never forget.

Email ThisBlogThis!Share to TwitterShare to FacebookShare to Pinterest
Labels: Personal

Email ThisBlogThis!Share to TwitterShare to FacebookShare to Pinterest
Labels: Humor

I have prepared this entire poem in just thirty seconds, today around 11:30 AM.