It will never be possible for Rahul and Tima to forget each other…I announced when Arpan just stepped into my room and after making it sure that the teenage boy can’t listen it after making exit from my room.

He was too much surprised with such a sudden announcement.

Actually it happened …that one of my colony members, a teenager, asked for my help to make some electronics gadgets for the upcoming exhibition in his school during the Saraswati Puja.

Will you please explain, you look quite confident in your statement...Arpan asked while taking a seat in the floor under the window.

I need a cup of tea, from last one hour I was continuously instructing him how to place the electronics parts in the veroboard and now my tongue is totally dry, feeling thirst for a tea, will you like to have?...i asked him.

Receiving negative response about tea I went downstairs and returned back after a while with a hot cup of tea.

With a smile I replied

…I have just entered with the tea, let me take a seat, then take at least one sip.

I could read his restlessness in his eyes, I was enjoying it a lot, intentionally not taken the first sip and was searching for something.
What are you searching for?...there was some irritation in his voice.

…why do you need those?

Would you like to get a scientific explanation of my statement …I asked.

…yes, scientific, psychological or philosophical whatever it is, just start the explanation.

So, taking a pen and paper I started after finishing 25% of the tea…

Let me first tell you in short what a semi conductor is...i started with holding the pen and paper.

i think, you are forgetting that i was a student of science...He tried to made remember.

...i know you are well acquainted with it  but see it through my eyes.
he agreed nodding his head.

i started ....
a semi conductor is a material which is neither fully a conductor (Like Iron) nor fully an insulator (Like Plastic).

And N-type Negative type) ---Negative ions are major here, that is electrons.

We make diodes and transistors by doping these semi-conductors to make electronic devices.

So, now comes the similarity of our lives with the semi-conductors,

When two types of semi-conductors are doped then what is prepared is called Diode, see the picture below


When we are doped by love then just like semi-conductors we are attached with each other.


In the picture i have shown it through red colored shade, its called depletion region...

This is what happens when our friends/well wishers helps us when we are in love, forward bias condition means the tide is flowing in the direction of your journey and getting help from well wishers we go closer (depletion region is shorter) to our loved ones and we spent beautiful moments, like dating, short outing, over night talk through mobile, writing sweet sweet love letters etc.

As the positive side of battery is connected to N-type, naturally the negative side will be connected to P-type, so the negative ions of battery will attract the positive ions, so the depletion region will increase, after some time it will get its highest area---this the way the distance between two couples is created. If reverse bias condition remains forever, means Mohabbat ke Dushman jeet geye--- then the depletion region will never be shorter, the love couple became away from each other forever, but, you can see in picture 2 that some negative charges have already entered in positive region and some positive charges have entered in negative region---this the reason even after (forced one specially) break up---

Some parts of you are still in her

Some parts of she is still left in you.

You can get this concept in Hindi song also, in the title song of the film named “Socha na tha”, starring Abhay Deol and Ayesha Takiya , there is a line----

One more interesting thing is---

When the P-N junction is kept in forward bias (Pic 3) then we get flow of current in the circuit---that means love life is in progress.

When the P-N junction is in reverse bias (Pic 4) then there is no flow of current in the circuit---that is flow of love life has stopped.

So, there is a huge similarity in between P-N junction diode and our love lives, therefore it is proved that we are semi-conductors and we get doped with love.

This theory is applicable when you loved truly---not in flirting.

How the idea knocked into your mind?...Arpan asked me after listening the explanation. 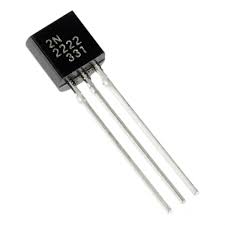 ...yup, so, while helping the boy, he made his exit when you were entering, for the upcoming science exhibition i needed this one also to make a FM transmitter., that time the idea knocked into my mind.
We all get doped by love, some of us has already been doped and some  are waiting to be doped.

taking a pause i added...

One N-type is doped with Two P-types and what is made is P-N-P transistor---two P is in love with one N.

When one P-type is doped with two N-types then what is made is N-P-N transistor that is---two N is in love with one P.

Arpan exclaimed
..That means what is gonna happen in Tina's life...

...yes, you have got it right, if you consider doping as mental attachment then she will be sandwiched between two Ns or Two Ps.

It became true, after few months of this explanation Tina got married with someone else.