My Blood Cancer, Wife, Teacher and "The Journey"

Some unexpected incidents are happening in my life; all these happened so suddenly that when I figured out…everything came to an end…

1) I have got married, yes, it has happened all on a sudden, there was no planning for it, actually what happened is…

My bosom friend Gaurav’s sister Sokhi is in love with Sujan from last few years, the date of their marriage has been fixed…in the day of marriage when we all were waiting for the groom then almost at the last moment we came to know that groom is not coming, it is a common notion in India that if a girl doesn’t get married at the fixed moment in the day of marriage then she is considered as “Lagnabhrasta” and nobody wants to get married with her. So Sokhi and all her family member were very upset, they became hopeless, Sokhi attempted suicide also. I was there, attended the marriage, seeing the situation being critical I asked Gaurav’s parents that if they wish then I can marry Sokhi….this is how the marriage happened.

Here I must inform you that Sokhi’s beloved Sujan is not a bad guy or a cheater, the entire game was planned by his elder brother Bijon, who is the head of the Panchayet and a satanic minded person; he has lots of illegal business like false currency press, smuggling etc.  when he came to know about the relationship between Sujan and Sokhi he did not make any protest rather agreed for their marriage but at the end he played a nice trick and sent Sujan abroad just before few days of marriage.

2) Another incident that has happened in my life is….

I am suffering from blood cancer, few days left in my life.

It’s been long five years we have shifted in our own house in this colony, in last five years a good relationship has built up only with the two next door elder brother except this I have never talked or any interaction has happened with any other colony members, this is my social status in this colony, though my family members are involved in many social and cultural activities with the colony members but I never did, so it happened almost two months ago when I first time talked with a middle aged person...the conversation started like this….i addressed him as …”you son of a bitch” and then continued expressing my anger.

4) During my childhood days I used to think seeing my teachers and elder ones…how do they spend evening time with friends? What type of discussions they like to do? Their appearances must be different when they are with their friends…I was very eager to know all these and now I have got the answers.

By the way, have you ever seen that the teachers, engineers and other such workers are remembering the notes just like we used to remember history and geography…holding the notes and the books we used to remember the answers of questions of different subjects repeating the sentences and sometime moving our body front and back side with a rhythm…I have experienced all these and can show you.

I think this post is being too much dramatic…you also feeling the same…I know.

Ok, let me confess…the upper mentioned three incidents are not the truths except point 4 and my introvert nature I have described in the point 3.

Actually what happened is…in the month of August when my dad attended the meeting in the colony for Durga Puja purpose then after returning back home he informed that a Jatra has been arranged by the colony members and will be staged in the day of Sasthi(26th Sept), the characters will be played by the colony members, so my dad and mom asked me to take part.

I informed one of the colony members about my interest and attended the rehearsal in the second day, the director decided the characters those will suit with age, looks and appearance (as much as possible), I received the Xerox copy of my dialogues, the name of the character I am playing is…Madhu, a 29 years old boy, gentle, helpful and have immense protesting nature.

Bijon(Played by an engineer of my colony) is the main villain…my first scene starts with Bijon when I am protesting his nasty activity and the dialogue starts with…”you son of a bitch”.

The character of Sujan is played by a Bengali teacher from my colony.

Sokhi and other two female characters have been hired, they are professional theater actresses.

An established businessman will play the role of Gaurav, sokhi’s elder brother.

The role of Sokhi, Sourav and Gourav’s father will be played by one of the most popular and famous theater actors of Bengal, presently an inhabitant of our colony and a retired person; he was an officer of Food Corporation of India (Next post will be about him).

There are total fourteen male characters in this drama and all will be played by our colony members including me. We all are armature but except me everyone has the experience of acting in theater.
The toughest part is…the girl who will play the role of Sokhi is one of the top actresses and has five years of acting experience as a professional artist, this one has also a positive side…if by chance any of us make any mistake in taking position in the stage in any scene then they will make it correct without disturbing the scene.
Yesterday was our last day of rehearsal, a sixty days (almost) of journey has ended yesterday.

Here are some pictures of our rehearsal…. 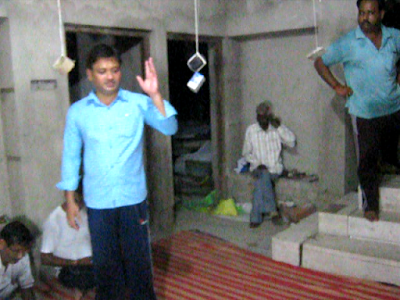 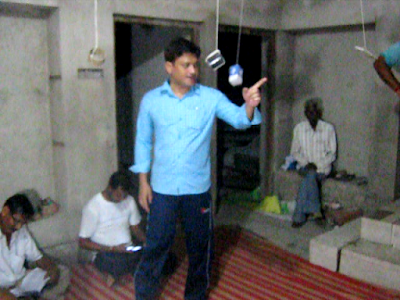 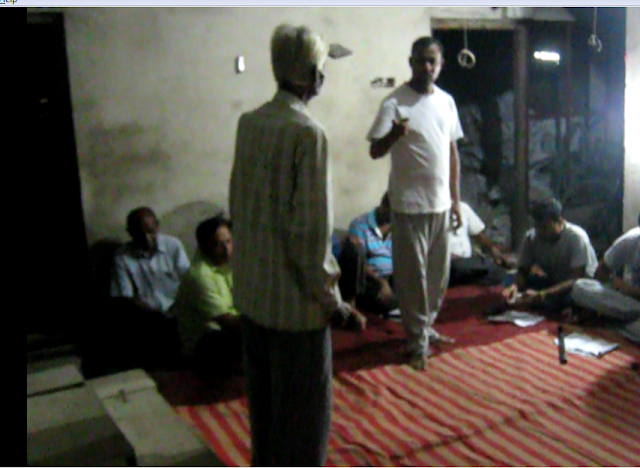 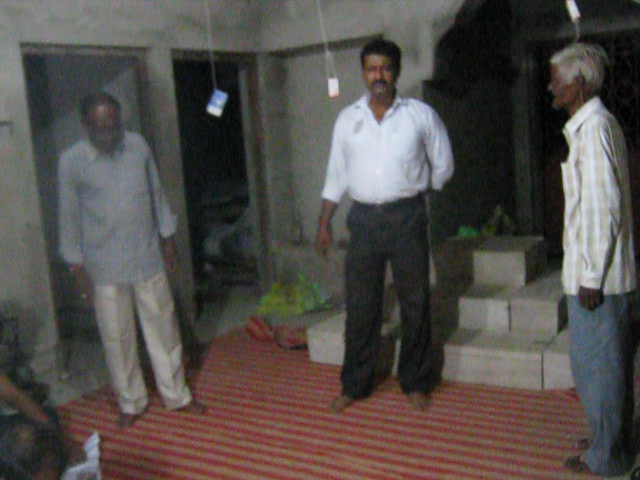 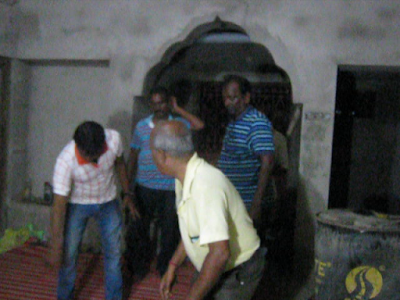 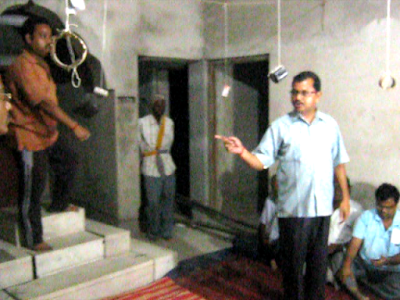 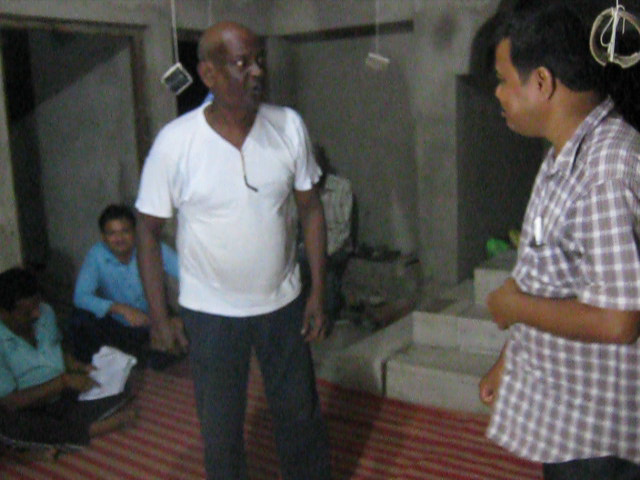 So this was "The Journey"....Jatra

To read about Jatra...The Journey you can click the given link 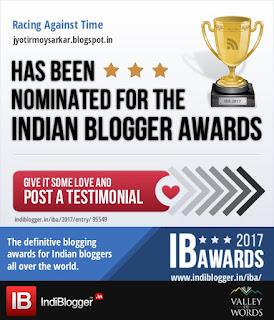