In my previous post I have shared my views about Indian movies those I thought are the drawbacks which can be easily noticed, for the details you can click here…Indian Movies...My Views Part 1

By the way, I know you all are well acquainted with the movie The Matrix(First part released in the year 1999), for the first time viewers it will appear like the movie talks only about the fight between human race and the computer world but if you watch it with more concentration you will realize that though it has been presented as a long term fight with the computer world but it has some deeper messages also, It talks about “Reality”…in the first part, when Morpheus was trying to make Neo understand between the “Reality” And “Illusion”, he defines what reality is, he make him understand with different activities and most importantly he make clear that mental power is the key to survive, if someone looses it he will die immediately.

Don’t you think it has so much similarity with Indian philosophy (Spirituality), especially what is written in Srimad Bhagavad Gita? “Maya” that is illusion, ok, to understand it deeply you must watch the movie and also have to read entire Gita, here I would like to share that at the end of the third Part that is in “The Matrix Revolutions” the music played contains the sloka

So what I think is, The Matrix is a technological formation and presentation taking out one of the gist from Gita.

Unfortunately, such a beautiful, creative and intellectual presentation with the morals of our philosophy(Spirituality) has not been seen in any Indian film(Specially in Bollywood).

When it’s about Creativity I think Bollywood is far behind than any other industries of India…that same old pattern they are following, a hero, a heroine and a villain. Bollywood is making crime, thriller and suspense movies but most of them are either too much predictable or not so much charming.

In this issue, I must mention, the Tollywood(Kolkata) and the South Indian movies have improved a lot, even with the same pattern …a hero, a heroine and a villain they are making creative and intellectual story line, after watching the movie you have to praise their creativity and research work.

Tollywood(Kolkata) is also showing their creativity making intellectual movies, though the number of such movies is not compatible with South Indian ones but far better than Bollywood.

When creativity is not there so you should not expect much from Bollwyood movies, when it’s about VfX, Special effects and animations the south Indian movies is at the top of the list, they have proved their capability and creativity making the movies like Magadheera, Bahubali, Kochadaiyaan, they have progressed a lot, when Hollywood is making films like Avengers , which not only contains extraordinary story rather mind-blowing Vfx, Special effects and Animations also ,the south Indians are also keeping state with them, but forget about Bollywood and Tollywood. 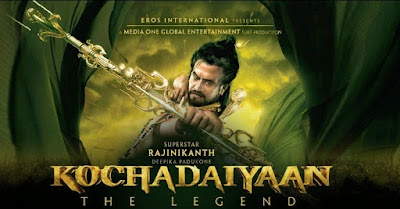 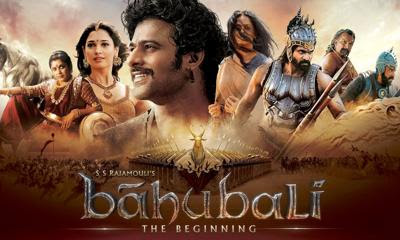 Research work is much needed to make a movie with wonderful concept, Hollywood is doing it from last two decades and from past few years South Indian Film industries are also doing it, even if you just focus on Indian Philosophy and Mythology and make a good research then it’s nothing tough to make the movies like X-Men. Once in my post I had shared my views about X-Men characters, you can read it here...

The movie X-Men and my interpretation

I must mention here that Bollywood now a days making content movies, which are based on real life incidents and this is an awesome work they are doing.

Upgradation is  much needed with time, Hollywood has updated themselves a lot so also the South Indian Film industry, Tollywood is also trying their level best(as I can guess) but Bollywood has remained in that same position.

The irony is…we, the Indians have spent/spending times being wondered seeing the USA(their progress, well decorated and designed cities and different places, their different creations) so also their movies…God Knows, when we will be able to compete with them…in every field or we will spend doing the same for next one decade….