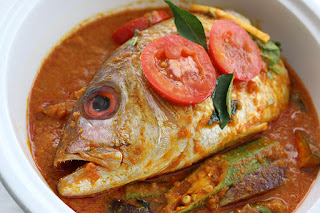 This one is must, I mean the preparation of fish head but this size will not work…at least two times larger than this one is much needed. 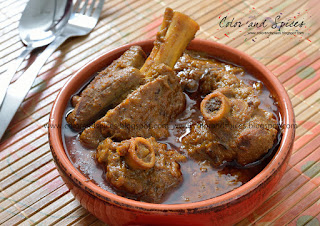 Fish head will never lose its priority but with time mutton also has got a place with fish head…yes, yes mutton, not chicken, chicken is cheaper than mutton, so if mutton is not served it can leave a bad impact (Lesser amount of love and respect).

What about other dishes?....there must be minimum five different dishes of different vegetables along with all these there should be sweets, fruits and curd.

The arrangement is so huge (and a must one) that a normal human being can’t take all the foods in a day but it must be done. 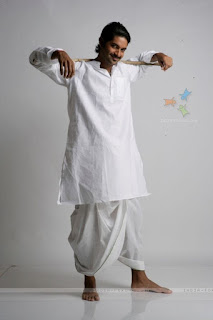 Dhoti Punjabi!!!! O ho, who wears this dress now a day…it’s an old fashion, so this dress has lost its dignity and jeans-t-shirts have taken this place. 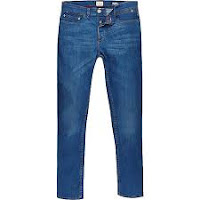 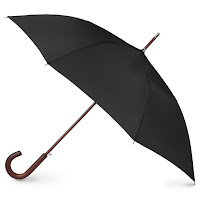 Same thing has happened with umbrella also…rain coat is much user friendly, so umbrella also has lost its pride and rain coat has taken that place. 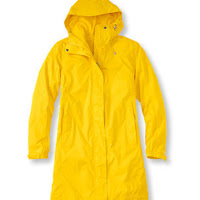 Yesterday I visited a watch shop to get our wall clock, that wall clock suddenly stopped working and after checking the clock I realized that it needs a replacement of the machine, so few days ago I given to a repair shop and yesterday I had to bring it.
When I entered the shop there were already two customers present, a girl, hardly of age 30 with her mother, they were buying a wrist watch, seeing their dress one can easily understand that their financial condition is not good at all, but they had to buy a good wrist watch, seeing them in shop I realized that the mother was buying the watch for her son-in-law, it’s a gift from the in-laws house. 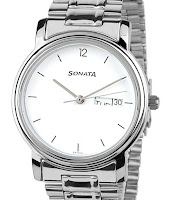 Exactly This design they have bought.

It was tough for them to expend 500 rupees, their financial condition does not support it but they are bound to it, it’s not only about the watch they also have to arrange various types of foods (Mentioned above)

Jamai Shashthi is a Bengali ritual when son-in-laws get king like treatment from their in-laws house; it’s an age old ritual and still existing with all its glory and as I feel this ritual reflects that our society is still a patriarchal society.

Is there any ritual when the girls gets Queen like treatment from their in-laws houses?  Whenever it’s about the girls the first thing comes first is fasting…whether it’s Kaurva Chauth or Shivratri.

Men do not seek best welfare for their wives? if they seek so then they must also go for whole day of fasting and offering Pujas to certain Gods-Goddesses but unfortunately it cant be seen.

If worshiping certain deities after a whole day of fasting...you can wish good for someone…then why only these rituals are for the girls and not for the boys?

Shasthi…Is a religious ritual named after Semi-Goddess Maa Shasthi who is worshiped by the mothers for the well being of their children,  during this Puja every mother have to go for half-fasting(Rice and Flours can’t be taken, depends upon the tradition of the family). There were no existence of giving king like treatment to the son-in-laws in this particular day, in ancient time the parents (Specially the mother) of a girl were not allowed to visit the in-laws of the girl and the girls were also not allowed to visit her paternal house until she become pregnant, so later the dictators has made this ritual named “Jamai Shahthi” when the girl will visit her paternal house with her husband and that husband will get king like treatment.

So here lies the differences…The girls (Mothers) will fast and the boys (Men) will rejoice the day with sumptuous feast.
Posted by Jyotirmoy Sarkar at 5/31/2017 08:43:00 am