"Smells" are no more #DurgaPujaSpecial 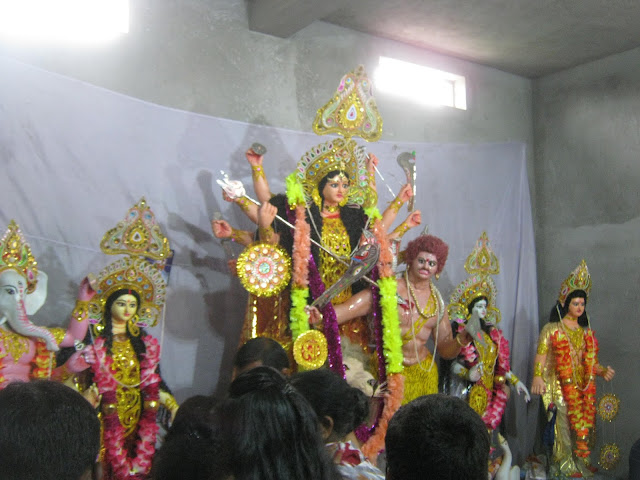 You can relate with this post deeply if you have spent your life (short or long time period does not matter) in any village of West Bengal, logically those who have/are spent/spending life in towns or specially in metro cities are far away from the smells of nature, yes, I am talking about nature, the towns and metro cities have become so much polluted that we all are craving for some fresh and pure air.

Thankfully, a long time period of my life, my childhood days, I have spent in my village, this is the reason, just like other villagers, I have deep relation with soil, the mud, trees, fruits, ponds,hays and agricultural fields and greenery.

The greenery…where it is in any town or metro city?  You have to travel a long  to experience it leaving the city but if you are in village the greenery is very common to experience.

No, it’s not a comparative post mentioning the differences between a village and a city, what I wanna mean is…you become much attached to the nature and its enchanting effects if you are from village.

The vanished smell in air

Yes, this year the smell in the air is no more…I am talking about the season ,the festive season, this is why I have already mentioned the name of the state…West Bengal, with the pomp and grandeur Durga Puja is celebrated here can be hardly experienced anywhere. This is actually the time for the season “autumn”…the weather remains pleasant for more than two months, the dew from the evening gives a pleasant experience and sometime becomes the reason for cold and cough but unfortunately all these are vanished, when there is no dew so no question of its smell, it’s just yesterday the rain due to “Titli” has started here, before that we were suffering from scorching heat in the day time. The essence of dew, the smell in the air all these are very much attached with Durga Puja which knocks your mind with the feeling “pujo ese geche” (Durga Puja is knocking at the door), the scorching heat made us feel that it’s the may-June season.

The vanished smell of Colors

This year what I have missed a lot to see is…the coloring of houses, the age old Bengali tradition is…the coloring of houses take place just one or two months before the Puja but this year in my colony only a single house has gone for it but not for the Puja purpose rather for the marriage of their daughter that will take place in the month of November, rest of my colony members have completed the coloring three four months earlier, even in our house the coloring of the second floor has been completed in the beginning of this year so no question of any more work.

I have been brought up experiencing the lime was of houses while staying in my village the colors have some special smells which I cant forget even now, the most intense effect related to this is the smell of pitch, yes the pitch which is used for the construction of roads, surprised? Actually there WAS a common practice in the villages that the main door of the houses used to be made of woods and to keep them safe from water and other natural effects the door used to be colored with pitch…oh God, I can’t forget the smell till now and I miss it a lot, even the houses which were made of mud, their outer portion used to be colored with pitch.

Now a days the use of pitch has vanished and this year in my colony and nearby colonies no one has gone for coloring…most of them have completed few months earlier ….so you can understand the vanished feelings...

As I have mentioned above, until “Titli” has stepped in here we were experiencing the season as May-June, otherwise the morning of autumn has a different feelings, you experience the coldness from the dawn to morning, the freshness in the trees and plants filled with dew drops makes your day and in this context it reminded me of the poem…

The meaning is…in the search of beauty I have traveled lots of places, have explored different countries, mountains and rivers but I have missed to cherish the beauty of a dew drop upon the grass just outside my house.

Catkin…this one plays a vital role with this season, to be exact…with this festive season, walking out in the morning exploring the jungle of catkin, the mild blowing air and the falling dew drops with pleasant sun rays make you feel that you are almost in heaven. It’s not only heart and mind soothing rather very eye soothing also.
But this year, due to improper season and the scorching heat the catkins are very rare to see.

These are some pics captured last year. 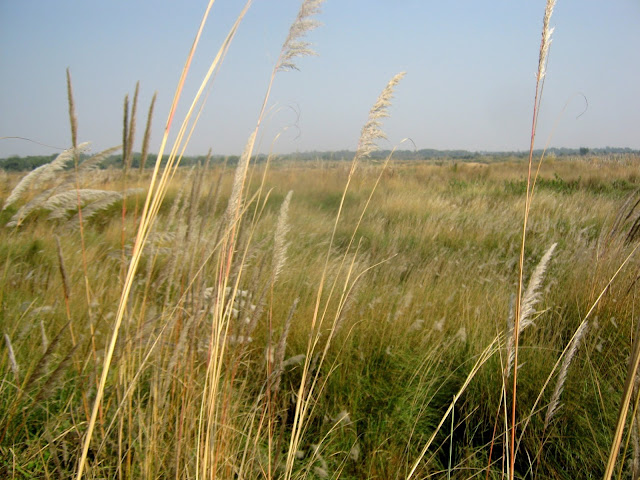 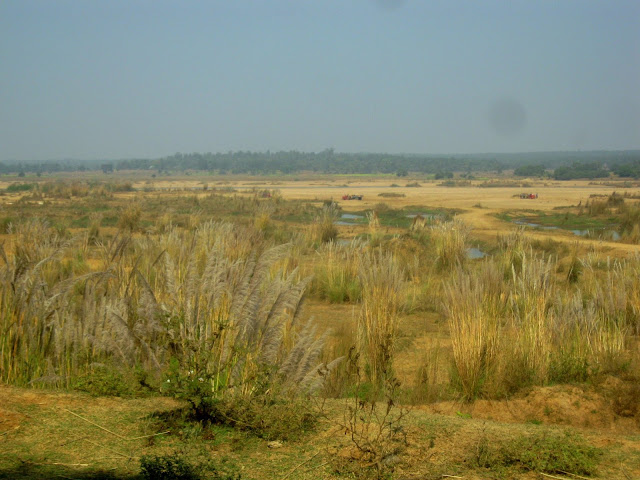 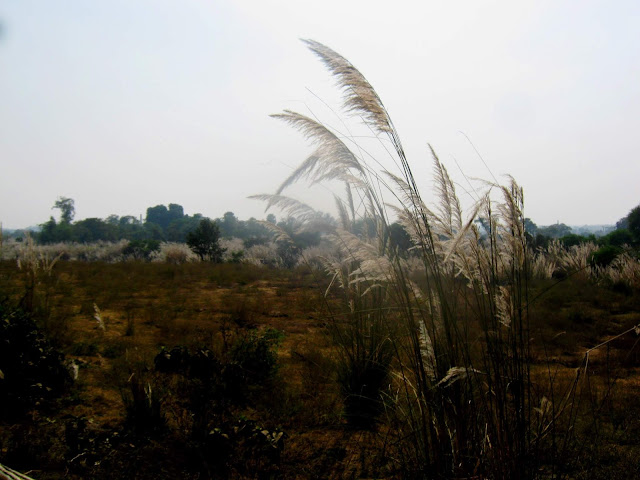 Cleaning the bushes
Adjacent to the outer wall of the boundary walls of the house, just beside the road,the small grasses grows up during the winter season and this is the time the cleaning take place with the honor “Maa Aschhe”(Durga Maa is coming), so everything should be neat and clean. This cleaning actually takes place average two weeks before the puja but this year I have experienced it just from yesterday.

So finally, which we, the Bengalis feel from two months of arrival of Durga Puja every year, this year we have started to feel the same to some extent just from yesterday, yesterday evening while talking with some of my colony members they expressed the same…”Due to the weather change, now we are feeling like Durga Puja is knocking at the door”

New dresses and gorgeous pandals are also attached with Durga Puja but the feelings of mind, the happiness and the mental attachments with the season and the nature…all these play most vital role in our lives.

Actually what I feel is…you can experience the gorgeous decoration and designer dresses in other occasion also but the feeling of “Pujo ese geche” or the effects of nature in your heart and mind can only be experienced when all these natural phenomenon take place and you are attached with it.

“Pujo Pujo gondho” means “it smells like Puja” ,very common feelings of the Bengalis from two months earlier of Puja, its intensity has decreased a lot.

Later I will try my level best to share more about Durga Puja but I really doubt coz this year i have some responsibilities in my shoulders regarding Durga Puja.