Whenever it’s about Bengal and poetry the first and foremost name taken by most of the people is Rabindranath Tagore, why Not? He was a great poet indeed, he own Nobel Prize in literature in the year 1913 and widely known as Biswakabi and Kabiguru.

Tagore was great but it does not mean that all other poets are totally useless, let me share some funny activities those can be observed in every era…

There is always a positive impact in society if you are attached with some great or famous personality, specially its very useful for your own publicity, like, any soap company will always prefer the personalities like Shahrukh Khan or Priyanka Chopra than you and me, because it will leave positive impacts on the viewers and will be helpful for their publicity, similarly the name of “Tagore” is used by lots of people who actually don’t have any knowledge about Tagore or Tagore’s writing…
In the bookshelves of some people you will find all the volumes of Gitabitan (a collection of 2232 songs written by Tagore) but the person has never read any of Tagore’s writing, literally I have seen such people. 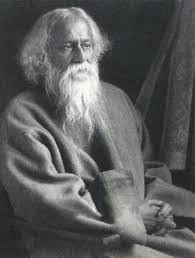 There is another category, their activities are too much prominent in  a special day, yes, in the birth day of Tagore, that is 25th of Baisakh(Bengali calendar) here and there, like mushrooms, the people celebrates his birthday wearing certain color of dresses (Shantiniketan tradition) , most of them have no connection with his writings, neither they have read his poems, nor the short stories, nor his songs…you know, it’s a good tool to show off your classy taste of mind and good to get publicity using Tagore’s name.

Logically, who loves literature…why he will keep only Tagore’s writings in their bookshelf?

Logically, who is attached with literature …why he will celebrate only Tagore’s birth day?